Who Invented the Internet?

Home > Uncategorized  > Who Invented the Internet? 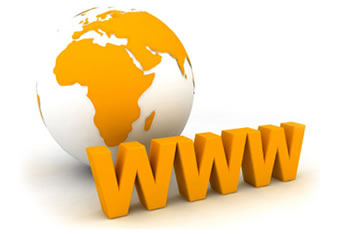 06 Jan Who Invented the Internet?

Posted at 10:35h in Uncategorized by Leadbroker 0 Comments
0 Likes
Share

We use the internet everyday but do we know where it comes from, who invented it and how it evolved to be what it is today?  Evan Andrews gives us the answers………….

The History of the Internet – Who invented the internet

“As you might expect for a technology so expansive and ever-changing, it is impossible to credit the invention of the internet to a single person. The internet was the work of dozens of pioneering scientists, programmers and engineers who each developed new features and technologies that eventually merged to become the “information superhighway” we know today.

Long before the technology existed to actually build the internet, many scientists had already anticipated the existence of worldwide networks of information. Nikola Tesla toyed with the idea of a “world wireless system” in the early 1900s, and visionary thinkers like Paul Otlet and Vannevar Bush conceived of mechanized, searchable storage systems of books and media in the 1930s and 1940s.

Still, the first practical schematics for the internet would not arrive until the early 1960s, when MIT’s J.C.R. Licklider popularized the idea of an “Intergalactic Network” of computers. Shortly thereafter, computer scientists developed the concept of “packet switching,” a method for effectively transmitting electronic data that would later become one of the major building blocks of the internet.

The first workable prototype of the Internet came in the late 1960s with the creation of ARPANET, or the Advanced Research Projects Agency Network. Originally funded by the U.S. Department of Defense, ARPANET used packet switching to allow multiple computers to communicate on a single network.

On October 29, 1969, ARPAnet delivered its first message: a “node-to-node” communication from one computer to another. (The first computer was located in a research lab at UCLA and the second was at Stanford; each one was the size of a small house.) The message—“LOGIN”—was short and simple, but it crashed the fledgling ARPA network anyway: The Stanford computer only received the note’s first two letters.

The technology continued to grow in the 1970s after scientists Robert Kahn and Vinton Cerf developed Transmission Control Protocol and Internet Protocol, or TCP/IP, a communications model that set standards for how data could be transmitted between multiple networks.

ARPANET adopted TCP/IP on January 1, 1983, and from there researchers began to assemble the “network of networks” that became the modern Internet. The online world then took on a more recognizable form in 1990, when computer scientist Tim Berners-Lee invented the World Wide Web. While it’s often confused with the internet itself, the web is actually just the most common means of accessing data online in the form of websites and hyperlinks.

The web helped popularize the internet among the public, and served as a crucial step in developing the vast trove of information that most of us now access on a daily basis.”

And from the same source……

“Unlike technologies such as the light bulb or the telephone, the internet has no single “inventor.” Instead, it has evolved over time. The internet got its start in the United States more than 50 years ago as a government weapon in the Cold War. For years, scientists and researchers used it to communicate and share data with one another. Today, we use the internet for almost everything, and for many people it would be impossible to imagine life without it.

The Sputnik Scare
On October 4, 1957, the Soviet Union launched the world’s first manmade satellite into orbit. The satellite, known as Sputnik, did not do much: It relayed blips and bleeps from its radio transmitters as it circled the Earth. Still, to many Americans, the beach-ball-sized Sputnik was proof of something alarming: While the brightest scientists and engineers in the United States had been designing bigger cars and better television sets, it seemed, the Soviets had been focusing on less frivolous things—and they were going to win the Cold War because of it.

After Sputnik’s launch, many Americans began to think more seriously about science and technology. Schools added courses on subjects like chemistry, physics and calculus. Corporations took government grants and invested them in scientific research and development. And the federal government itself formed new agencies, such as the National Aeronautics and Space Administration (NASA) and the Department of Defense’s Advanced Research Projects Agency (ARPA), to develop space-age technologies such as rockets, weapons and computers.

The Birth of the ARPAnet
Scientists and military experts were especially concerned about what might happen in the event of a Soviet attack on the nation’s telephone system. Just one missile, they feared, could destroy the whole network of lines and wires that made efficient long-distance communication possible.

In 1962, a scientist from M.I.T. and ARPA named J.C.R. Licklider proposed a solution to this problem: a “galactic network” of computers that could talk to one another. Such a network would enable government leaders to communicate even if the Soviets destroyed the telephone system.

In 1965, another M.I.T. scientist developed a way of sending information from one computer to another that he called “packet switching.” Packet switching breaks data down into blocks, or packets, before sending it to its destination. That way, each packet can take its own route from place to place. Without packet switching, the government’s computer network—now known as the ARPAnet—would have been just as vulnerable to enemy attacks as the phone system.

“LOGIN”
On October 29, 1969, ARPAnet delivered its first message: a “node-to-node” communication from one computer to another. (The first computer was located in a research lab at UCLA and the second was at Stanford; each one was the size of a small house.) The message—“LOGIN”—was short and simple, but it crashed the fledgling ARPA network anyway: The Stanford computer only received the note’s first two letters.

The Network Grows
By the end of 1969, just four computers were connected to the ARPAnet, but the network grew steadily during the 1970s.

In 1971, it added the University of Hawaii’s ALOHAnet, and two years later it added networks at London’s University College and the Royal Radar Establishment in Norway. As packet-switched computer networks multiplied, however, it became more difficult for them to integrate into a single worldwide “internet.”

By the end of the 1970s, a computer scientist named Vinton Cerf had begun to solve this problem by developing a way for all of the computers on all of the world’s mini-networks to communicate with one another. He called his invention “Transmission Control Protocol,” or TCP. (Later, he added an additional protocol, known as “Internet Protocol.” The acronym we use to refer to these today is TCP/IP.) One writer describes Cerf’s protocol as “the ‘handshake’ that introduces distant and different computers to each other in a virtual space.”

The World Wide Web
Cerf’s protocol transformed the internet into a worldwide network. Throughout the 1980s, researchers and scientists used it to send files and data from one computer to another. However, in 1991 the internet changed again. That year, a computer programmer in Switzerland named Tim Berners-Lee introduced the World Wide Web: an internet that was not simply a way to send files from one place to another but was itself a “web” of information that anyone on the Internet could retrieve. Berners-Lee created the Internet that we know today.

Since then, the internet has changed in many ways. In 1992, a group of students and researchers at the University of Illinois developed a sophisticated browser that they called Mosaic. (It later became Netscape.) Mosaic offered a user-friendly way to search the Web: It allowed users to see words and pictures on the same page for the first time and to navigate using scrollbars and clickable links.

That same year, Congress decided that the Web could be used for commercial purposes. As a result, companies of all kinds hurried to set up websites of their own, and e-commerce entrepreneurs began to use the internet to sell goods directly to customers. More recently, social networking sites like Facebook have become a popular way for people of all ages to stay connected.”