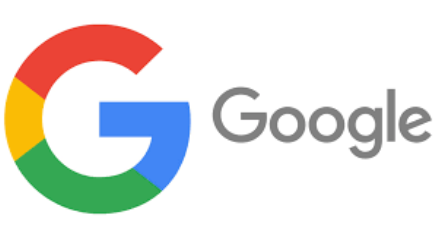 Posted at 10:11h in Uncategorized by Leadbroker 0 Comments
0 Likes
Share

“”We are not having this hearing because Google is successful,” said Sen. Amy Klobuchar, at a hearing before the Senate Judiciary antitrust subcommittee. “We are having it because even successful companies, even popular companies and even innovative companies are subject to the laws of this country, including our antitrust laws.”

Antitrust scrutiny into Google isn’t new. In 2013, the Federal Trade Commission wrapped up a two-year investigation into Google after allegations of biased search results. The agency, however, decided that Google wasn’t violating any antitrust laws.

The renewed spotlight comes as tech giants more broadly face a reckoning over their scale and influence. Legislators and regulators are concerned over how that power might ultimately harm consumers, especially by choking off competition from smaller players in Silicon Valley.

Of the companies, Google is in the most imminent danger of antitrust action. Several areas of Google’s business are being scrutinized, and there are nuances to the situation playing out at the DOJ.

Here’s what you need to know about Google’s antitrust battles:

What are the antitrust issues facing Google?
Google’s dominance in web search, digital advertising and smartphone software are the primary areas of interest to lawmakers and regulators.

The company processes around 90% of all online searches in the US. That stranglehold is the foundation of Google’s massive advertising business, which generates almost all of the company’s $160 billion in annual sales. Google has been accused of hurting competitors by prioritizing its own products, like shopping ads or local business listings, over the listings of rivals in its search results. Critics also complain that the tech giant takes content from publishers and other websites and uses that information in prepared answers directly on Google’s search engine, rather than simply providing a list of links that send users away to other sites.

Google’s ad business is also under a microscope because the company owns every step in a complicated system that connects ad sellers and buyers, which rivals say gives Google an unfair edge over the market. Much of the company’s advertising prowess comes from acquisitions, including the 2008 buyout of the ad-tech firm DoubleClick.

The company also owns the Android operating system, the most popular mobile software in the world. Its dominance is hard to overstate; Android powers almost nine out of every 10 smartphones shipped globally. The tech giant has been accused of using that dominance to strong-arm partners to bundle Google’s apps, like search and Maps, into their offerings.

When is a DOJ lawsuit expected?
The DOJ could file a lawsuit as soon as the end of the month, according to the Times report, but the exact timing isn’t known. Attorney General Bill Barr and the 40 or so lawyers working on the case have disagreed over when it should be filed, the Times reported.

There’s also an internal dispute at the DOJ over how broad the complaint should be. One team of lawyers is looking into Google’s search business, while another is probing its advertising business, according to The Wall Street Journal.

Is partisan politics a factor?
It could be. Most of the DOJ lawyers on the probe argued they needed more time to build a strong case against Google, though Barr is said to have overruled their guidance, according to the Times. Some of the attorneys are concerned the aggressive timeline, with work completed before the election, is to ensure the Trump administration gets credit for taking on a big tech company. The lawyers viewed the September deadline as arbitrary and laid out their argument for a longer timeline in a memo that spanned hundreds of pages, the Times said.

Bipartisan support exists for antitrust scrutiny of Google. But some Republicans have cheered on the investigation alongside accusations that the tech giant censors conservative voices. President Donald Trump has repeatedly accused Google of foul play without evidence.

Two years ago, the president claimed that Google’s search results were “rigged” to promote negative news stories on Trump. At the time, he told reporters, “I think Google has really taken advantage of a lot of people.” He added, “Google and Twitter and Facebook, they’re really treading on very, very troubled territory, and they have to be careful.”

Google is being investigated at the state level, too?
Last September, Texas Attorney General Ken Paxton announced an antitrust probe into Google’s massive digital advertising business. The investigation has the participation of AGs from 48 states, the District of Columbia and Puerto Rico. As part of the probe, Paxton’s office sent Google a civil investigative demand that asked for key information about its ad operation and data collection policies. The coalition of AGs is reportedly looking into Google’s Android business, too.

The states are expected to file charges against Google, and some of them could join the DOJ’s complaint, according to Bloomberg.”